Hello everyone, my name is Sam and I have a problem.  I like to drink Chai tea in the afternoon.  For years, I hit Starbucks around 3:30 when my energy hits a low spot and order a “tall” Chai Latte.  Tall is really a misnomer at Starbucks because a Tall is about 6 oz worth of anything.  While I like to think of myself as somewhat economically insensitive to small purchases, I must announce that I have had my last Chai Tea from Starbucks after paying $5.03 yesterday for a tiny, tiny cup.  I took a picture to commemorate the moment (below).  Actually, I’m done with Starbucks altogether effective immediately.  For those who don’t care about my whining and habits, there are some important things we can learn about the current state of globalization, consumer trends, trade wars and ramping inflation… all from a little cup of Chai Tea.' 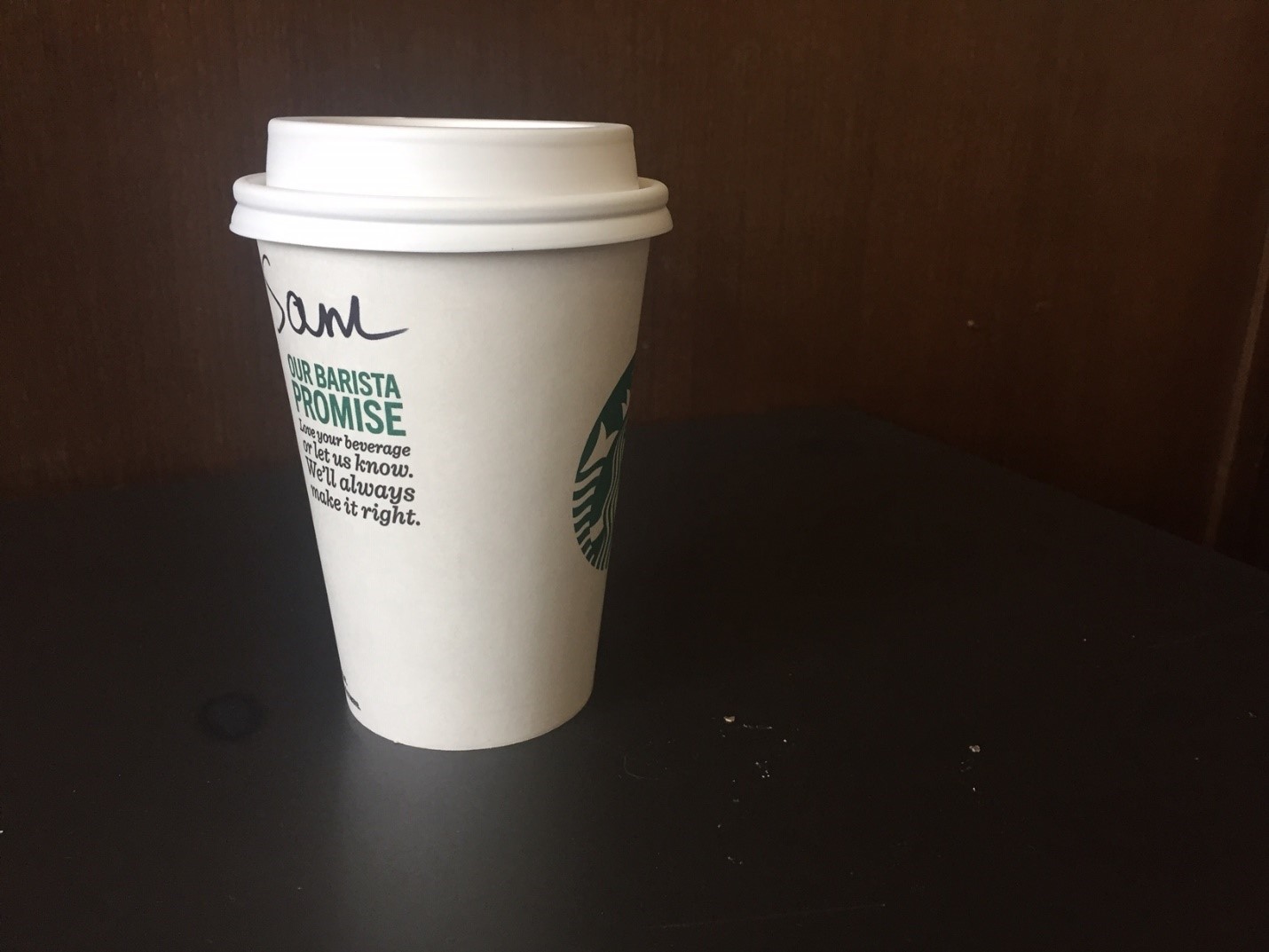 Starbucks, Lululemon and Other Overpriced Stuff

Starbucks is not alone in the world of overpriced consumer goods.  I’m talking about their products and their stock prices.  $5.03 for a tiny cup of Starbucks Chai Tea is nuts, especially considering that Starbucks uses a cheap Americanized Chai powder substitute rather than actual Chai tea like you might find sourced from India.

Now, let’s bring some globalization into the classroom.  For those like me who are Chai tea drinkers, you know that actual Indian Chai Tea imported into the US, became much more expensive about 12 months ago.  Little shops that served authentic Chai Tea from India posted apologetic notes regarding their “need” to raise prices on their Chai Tea due to their higher costs for the imported stuff.  Did they really “need” to raise prices?  Well only if they wanted to maintain their profit margins.  Passing on higher costs of imported stuff is just part of the American business model.  Only under extreme circumstances, would a company, any company, accept lower profits in order to keep prices the same for their end consumer. More on this point in a minute.

Starbucks took advantage of the situation and began raising their prices as well despite serving the knock off version.  But that’s not the whole story.  You might remember in January of 2018, when Starbucks proudly announced that they were raising wages for all employees from the windfall of Trump’s giant tax cut for corporations.  Well, it turns out that they raised wages and benefits a little above minimum because their employees were screaming already, and the total additional expense was just a fraction of what they saved in corporate income taxes.

Here’s how the pay raise to $9.60/ hr. and increase in benefits was received by employees (from Reddit in January of 2018)

They acted like the pay bump was such an impressive and awesome thing for their employees when they announced it in January, but my pay went up by a whopping 19 cents... interesting the tax legislation that passed in December cut the federal corporate tax rate by 40% or so. They could have afforded to pay their employees way more even before the tax cut since everything at Starbucks is overpriced and they bring in a ton of money. Personally, I am not impressed by the other benefits either: 1 hour of sick leave for every 30 hours worked, and a $500 stock grant IF you stay for another year. Yet they continuously understaff, all the while adding new complicated drinks constantly, mobile ordering keeps increasing traffic, and they are adding additional routines I believe too. Thoughts?

Once again, Starbucks seems to be passing on their higher costs of goods and now labor to the end user.  After everything rolls up, we end up with 6 oz. of powdered stuff that costs $5.03.  #DonewithStarbucks.

Starbucks stock is now trading again at nosebleed levels after netting huge financial gains from the corporate tax cut in 2018.  Most of that benefit is now behind them.  Their stock trades at a Price to Earnings ratio of nearly 31, 60% more than the broad market multiple of 18 which is high as is.  Good for Starbucks shareholders looking backwards, but I wouldn’t touch it at this level.

As I said Starbucks is not alone.  In fact, there are many public companies out there “serving” their customers overpriced stuff and they are cashing in with a higher priced stock, like Lululemon, the yoga wear clothing fav of all teens and active women (and some men).  Lululemon sources 67% of it’s manufacturing from Southeast Asia, 23% from China and only 3% is made here in the US.  Lululemon yoga wear is very expensive stuff, but only because the brand has a cult following.  They are virtually the same tights and yoga pants offered by Nike, Under Armor and Athleta’s versions which cost much less. But don’t get between a teenage girl and her Lulu – She will rip your arms off.

Now, let’s bring Trade Wars into the discussion.  Thus far, I can’t say if the high price of Lulu wear is a function of their manufacturing in Asia, but I would not be surprised to see it happen under Trump’s new and enhanced tariffs.  Perhaps, Lulu will shift all manufacturing out of China… to other places in South East Asia like so many other companies are planning.  What they are NOT planning to do is bring manufacturing back to the US and see their earnings get cut in half with much higher American labor costs.  So, Lulu, might be in a tough spot like many others who source overseas, as a result of Trump’s accelerating trade war(s).  They can try to pass on their higher costs to consumers, but they might be at a breaking point already when consumers opt for a lower cost substitute.  Or they can move manufacturing to higher labor cost areas and just make less profit – again, not the American way, especially for a public company that cares a ton about their share prices.  Lululemon is trading at a nosebleed level of 40 (P/E).  I wouldn’t touch it here like many companies in their same predicament.

At the moment, we see consumers like me, making choices related to higher prices.  There are a lot of substitutes out there, so we’ll keep buying, but we are definitely becoming more selective about where we shop and the products we buy.  We don’t have systemic inflation in the system (yet) where consumers just shut down their spending altogether but rather an environment where we slide down the price scale and choose lower cost stuff.  This condition is consistent with many others that are pre-recessionary indicators.  We have to know that the consumer in the US is solid but not so solid that they will pay anything. Quite the opposite.  Consumers are becoming more sensitive to prices and our economy simply cannot handle much inflation without expecting consumption to begin dropping from here.  This is how recessions unfold.  They start from a time when everything is good but strained and it doesn’t take much for people like me to say, “ENOUGH, I’m done with Starbucks!”  Wage pressure is on the rise.  Trade wars are inflationary by nature and we will all pay for Trump’s power play with China.  Nationalism and building walls is inflationary.  Taxes are insanely high still even after the supposed tax cut which was not a cut for many at all.   In fact, those crunching the numbers are indicating that taxes on imported consumer goods from China will now exceed any income tax savings for most households (from the 2018 tax cut) as we move forward.  We have seen healthcare costs for everyone go up nearly 15-20% annually for at least 6 years now.  The potential for real inflation is here, perhaps already here and understated.

I don’t disagree that our trading terms with China could be improved.  But I will say with strong conviction, that the US consumer cannot handle much in the way of higher prices at this stage of the game.  Many companies like Starbucks or Lulu may have trouble looking forward as they struggle to pass on additional costs in the form of higher prices on top of already very high prices.  Earnings may be the thing that gives way.  Investor’s beware.

I wonder what Chai Tea from Conoco tastes like?